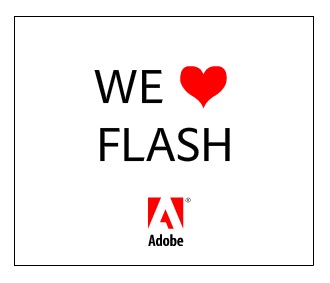 Adobe has started rolling “I love Flash” Ads on google. I just came across a few of these while surfing the net. On clicking them i cam to a page dedicated to promoting flash. They portrayed flash a choice for creative freedom as against said to bounding developers by Apple.

There has been much fuss created over Flash after Apple officially announced of not using any version of Flash on any of its electronic devices which comprises of the latest iPhone. iPod Touch and iPad.

Apple’s CEO Steve Jobs has already done a lot to defame the flash created by Adobe. Blaming it to curbing the creative freedom and productivity of developers. Also they blamed Adobe Flash that it is power hungry and made devices to discharge very early. Also it was blamed of heating up devices.

In return Adobe has started a “we love choice” campaign. This is what they have to say-

At Adobe, we believe that the open flow of creativity, ideas, and information should be limited only by the imagination. Innovation thrives when people are free to choose the technologies that enable them to openly express themselves and access information where and when they want.

Instead of being abandoned by apple, flash is supported by Google. And Google Nexus One was said to support Flash version 10. 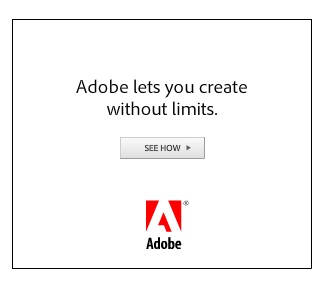 The Flash war in on, lets hope Flash gains public support. Well i personally hate Flash being controlled by Adobe. It should be open-sourced, but still love what we can do from flash.