Window’s enthusiast have found a new tweak that if not essentially makes you the deity of your windows machine, but still gives you a lot of power to do a lot of stuff on your PC. The GodMode as they say is a simple hack to reveal the hidden world of bundles of tweaks and utilities.

The Godmode is much similar to the TweakUI utility found in Windows XP that gives a list of utilities and tweaks to do a lot of stuff life from using Bitlocker to creating new partitions on hardisk and much more. 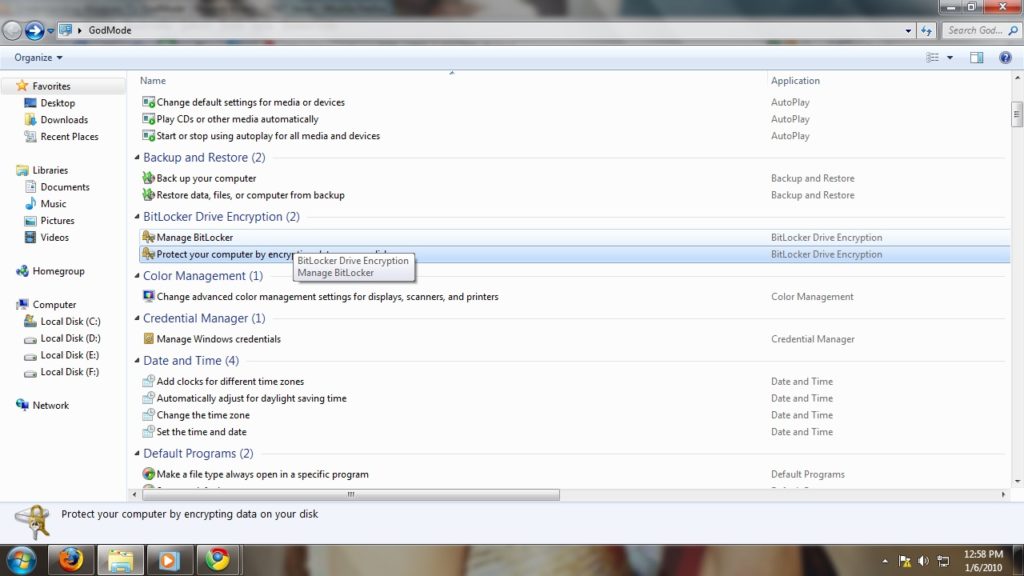 You can create the folder anywhere and on clicking that folder you directly go to the GodMode list. The trick worked well on Windows 7 .Some users have also shown that it works fine on 32bit Windows Vista as well. Although it made a few 64 bit Windows Vista to crash.Please do comment or mail me([email protected]) on how you liked the post.