There have been numerous specs about the ereader being launched from MSI, and yesterday at CES , we saw MSI’s new dual touch screen ereader. And it has got everything we would have actually asked from a ereader. Its more of a netbook than just being an ereader. It has an Atom Processor and WIndows 7 installed.

See the pics to believe it really is awesome, and the thing quite amazed us that MSI would soon launch that to be sold in markets. We hope it reaches India soon. 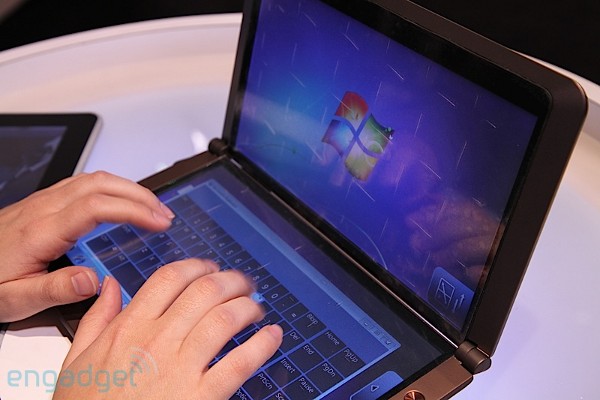 Pics Courtesy: Engadget.com
As Engadget reported the thing is not light, it feels really heavy and is metallic from outside. On the inside of the dual 10-inch, capacitive multitouch screens work like extended displays and we were able to drag windows from one screen to the other. The entire thing was a bit flaky since it’s obviously running some beta software, but the digital keyboard was easy to pull up and had a haptic-like feedback when we started typing on the bottom screen.

See the video from engadget.