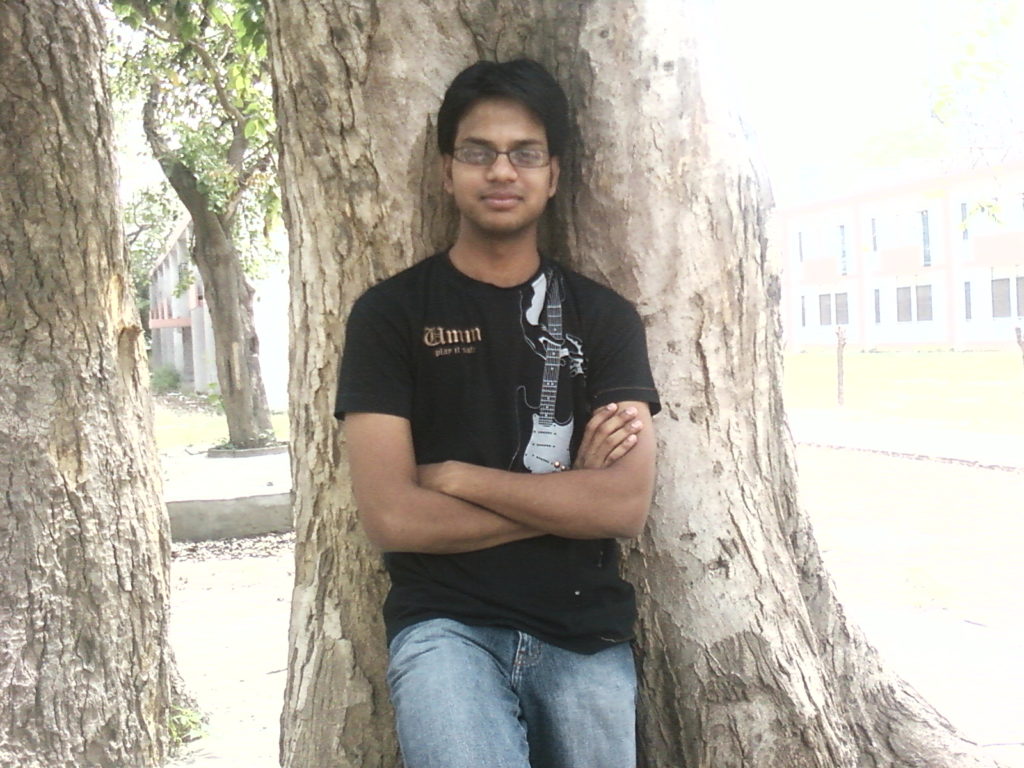 Woah… the moment i think of the past year i yell the work “WOW!!!” and exclamation included…. i wonder how can so much happen in a year…..with me(shashank Agarwal)!!! I would recall all that happened during the year and would try to post a few pics as well…. 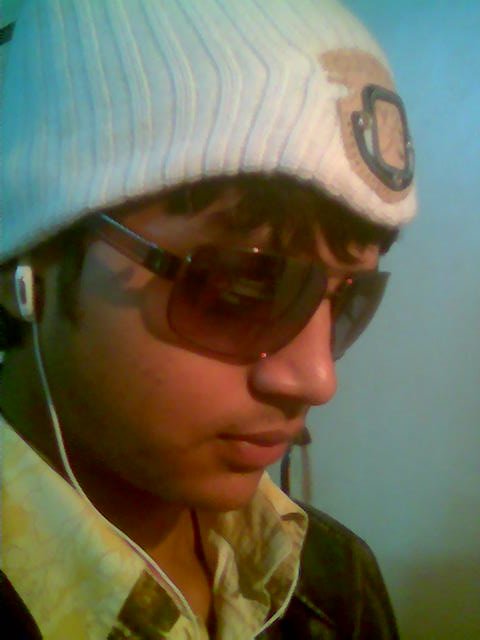 My life in AMU in pictures 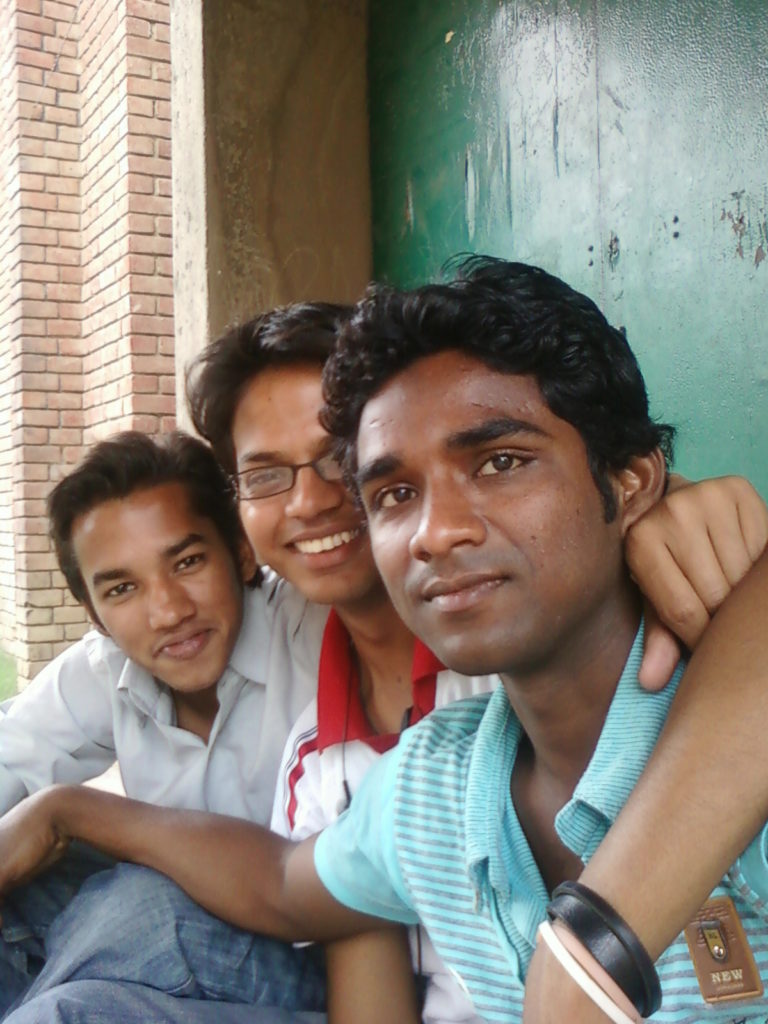 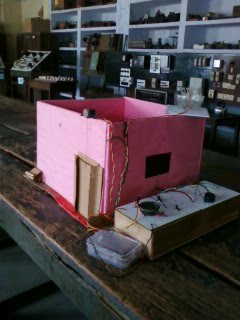 After the cricket math,manoj, me kamran, sameer and arif… 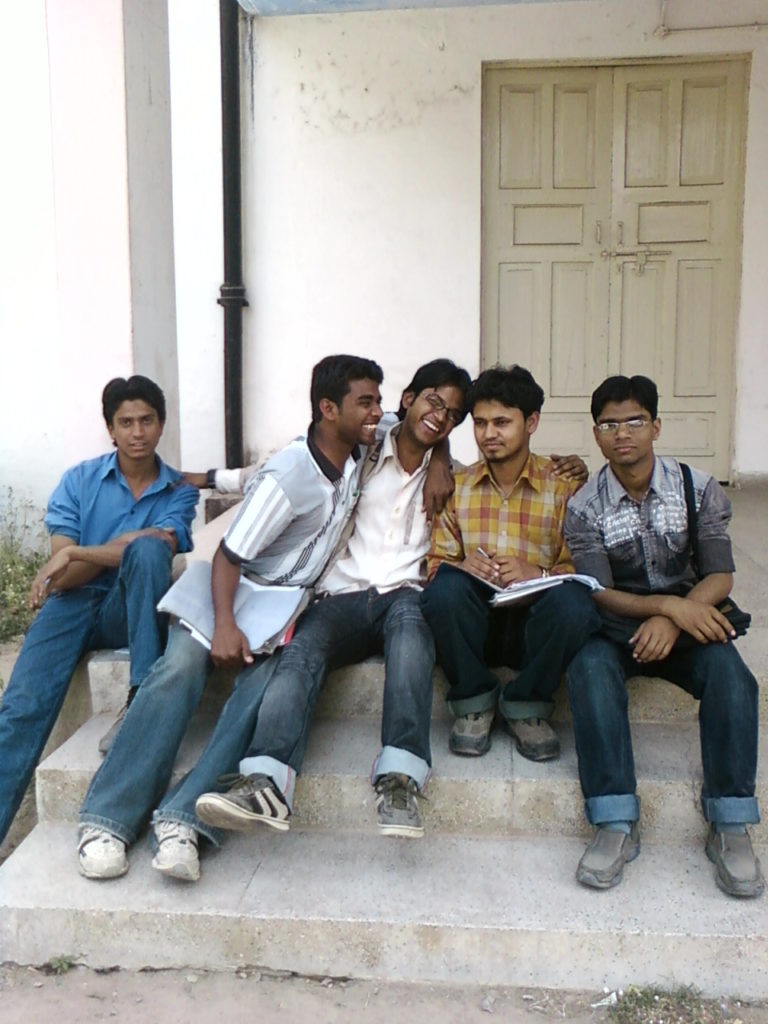 Thats Moin, Mudabbir, umair and raghib…
mudabbir being naughty after 377 was passed.. The awesome day at girl’s hostel’s annual fest…. i can never forget the day..
just a bunch of guys and over 300 mad girls screaming !!

Trip to agra and fatehpur sikri
So the year starts… I am in diploma final year (Electronics) …from Aligarh Muslim University.. New Year party was fun… with friends offcourse !!

So the college starts in a week, we were really sad as the college tour that we forced our college staff to send us. We even got the tickets booked got the letter signed from the vice chancellor…… but the tour got canceled as kasab had to make a visit to mumbai with his 9 member team… 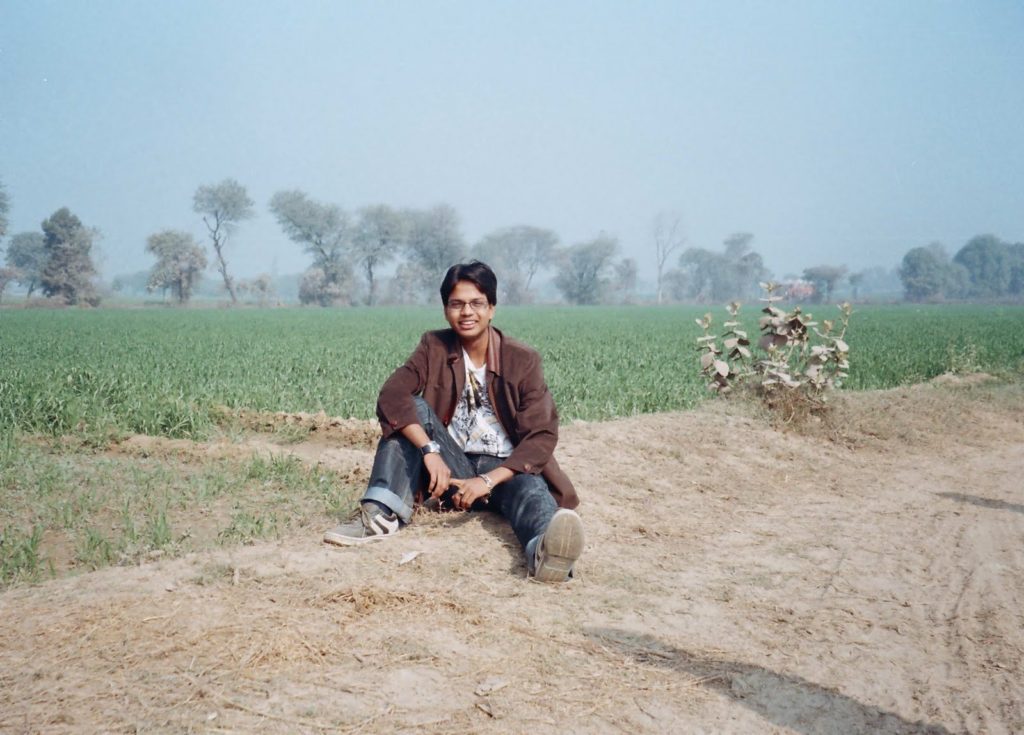 Relaxing sumwhr when our car got stuck at a trafic jam!! 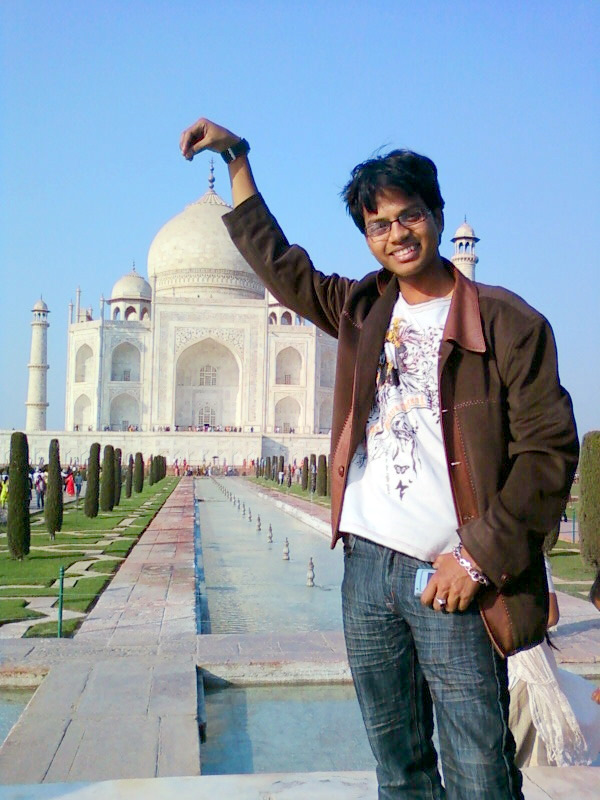 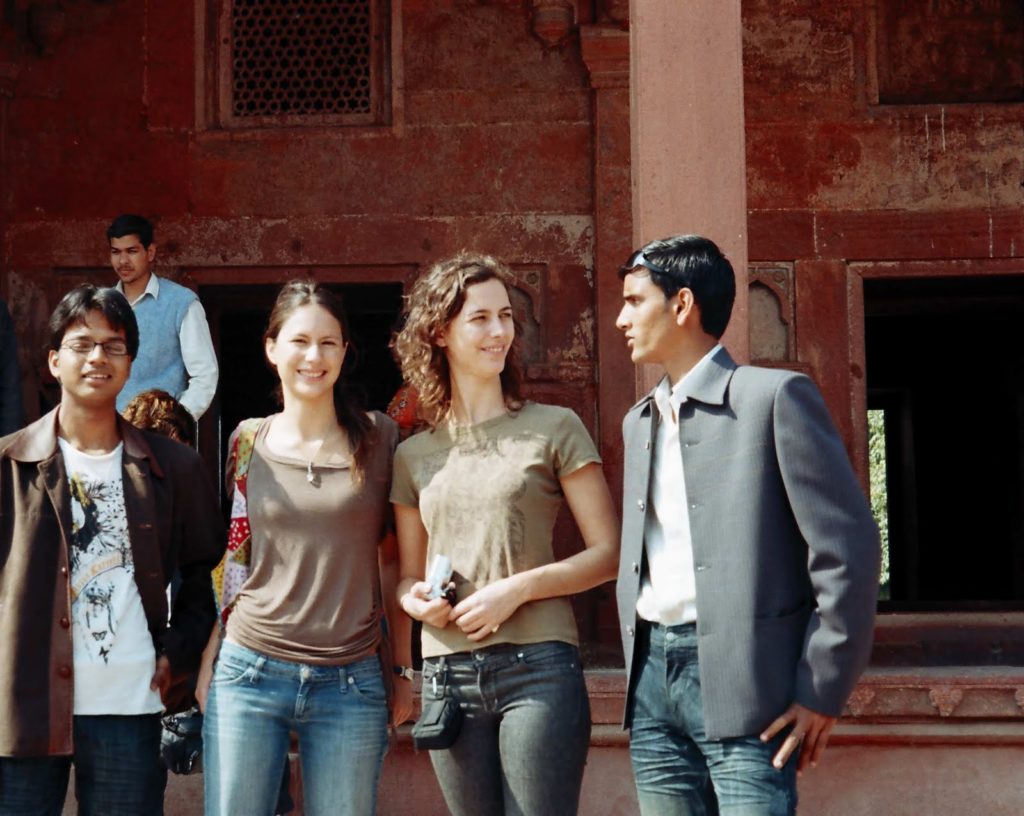 Me with hot high school girls from chile…. She was so beautiful (the one next to me )..
But I am Shashank how can we stay and not have a tour, and i forgot to mention we didn’t went to any tour during the 3 years. So i with 5 of my friends decided we would go to agra on our own rented car. The news spread like fire those who first rejected our proposal now wanted to have a hare of the cake and i wonder how those bihari gang came forward and gave me the tour money on day 1…Now the total no. went to “18”.. so we had to book 2 cars…. but ya the tour was one of the most memorable journey i had ever in my life, from seeing The Taj Mahal for the first time , meeting hot chile girls in fatehpursikri(see the pic)… and the dance of sir satendra ( he’s a colleague but we call him sir, ask me why if u r interested). 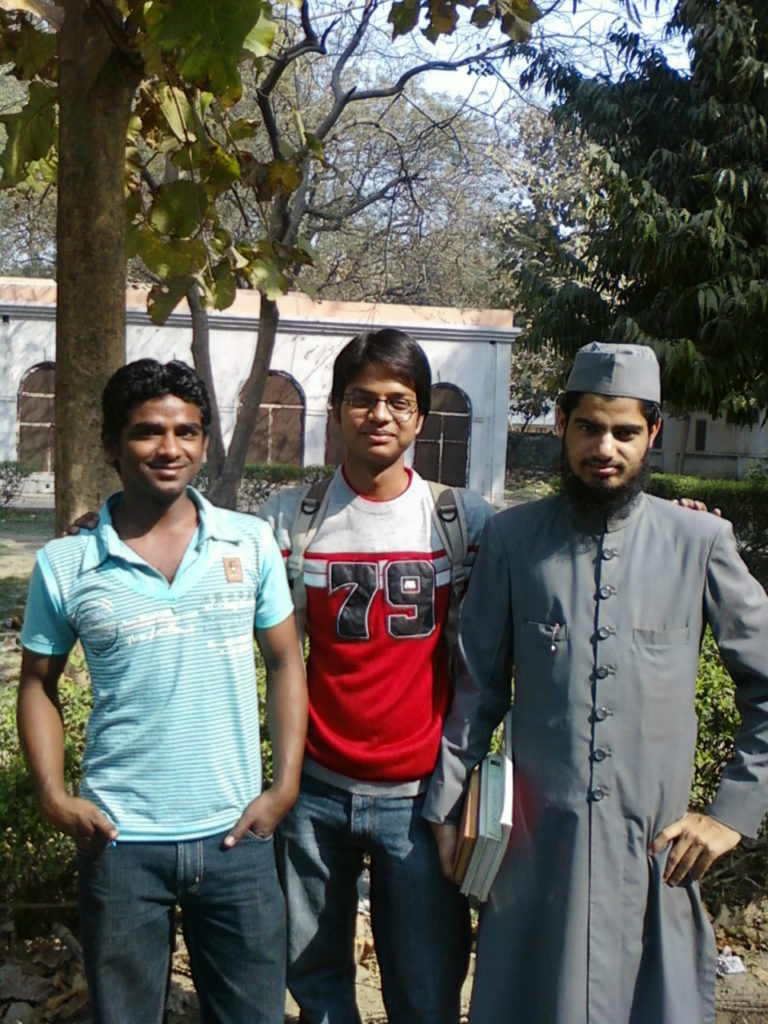 Me with 2 of my most dear frnds( Kamran nd Naved),
they taught me what is meant by a good tea…

Annual Fest So the tour went fine…. now the next big thing the College annual fest..
We didn’t had a fest in 3 years, the first year was hindu-muslim riots, second year riots in AMU so we had this third year….
The Annual fest was an experience in itself, i was the co-convenor the second highest post i guess…but i had everything under me even the head…even the head convenor as he was a friend….
I organised the two most successful events and anchored them as well – “the Quiz Show” and “the Fashion Parade”…. 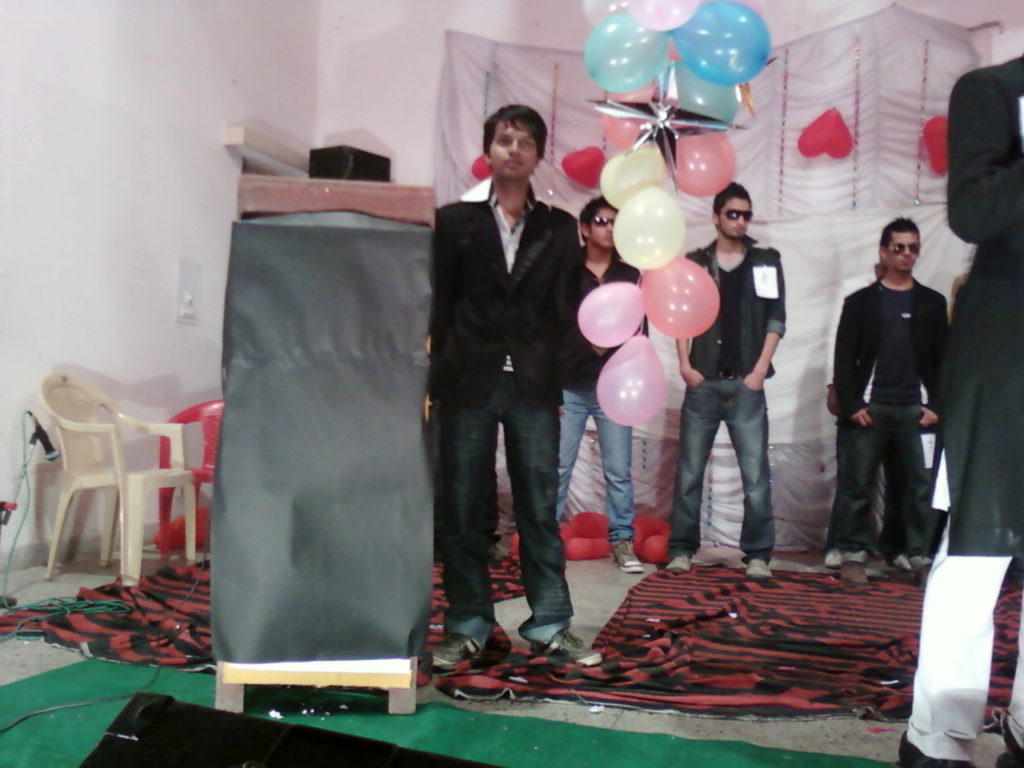 I anchoring the fashion show 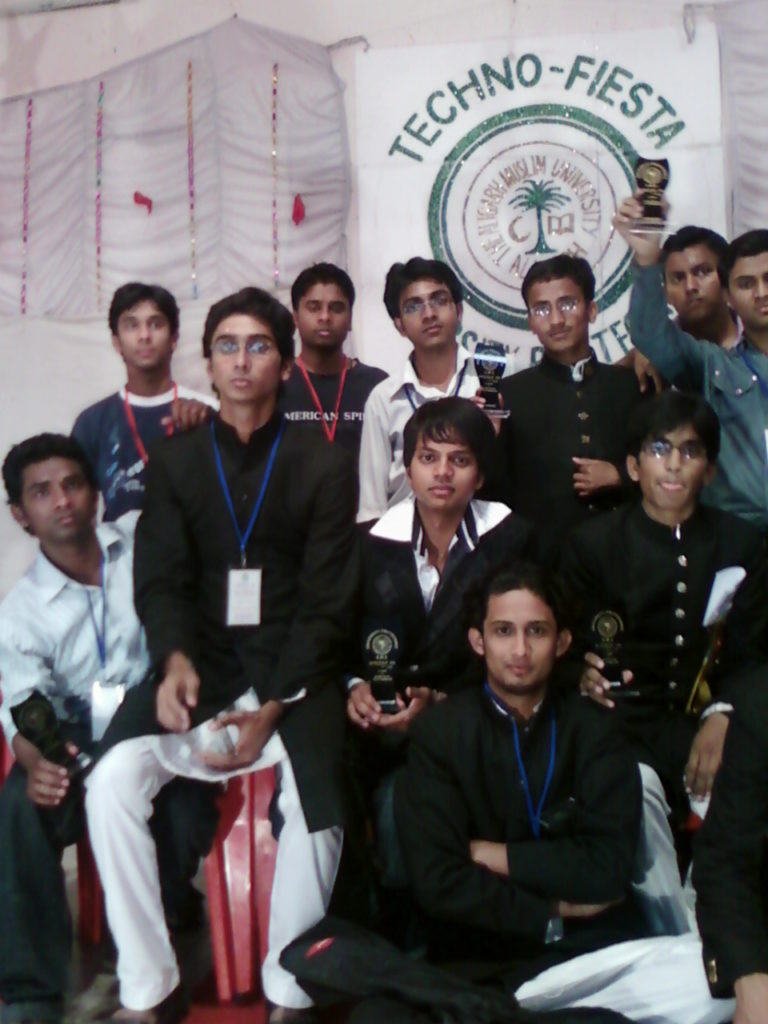 Thats my principal.. giving me the trophy 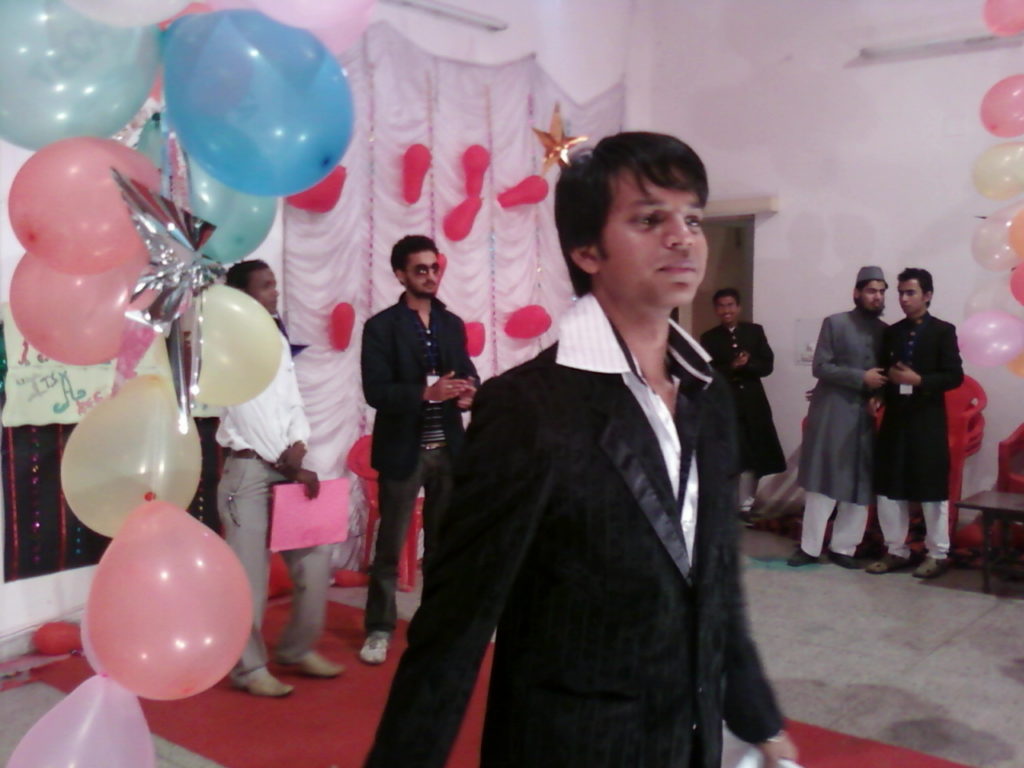 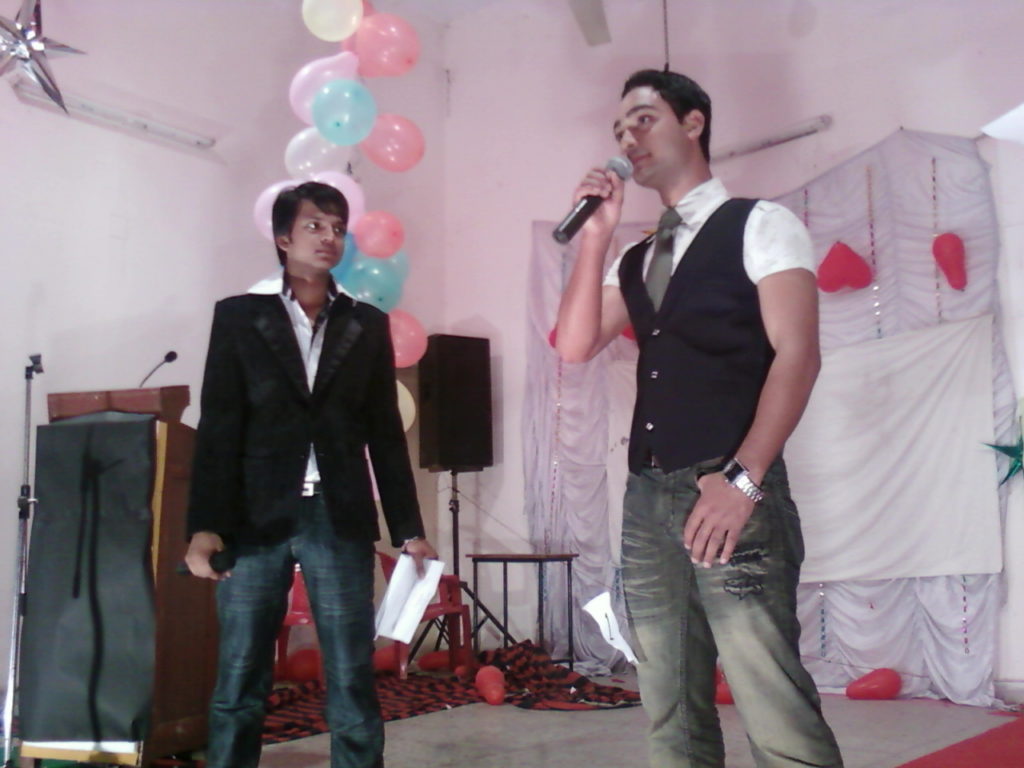 Asking questions to a contestant

Exams Exams
The fun was over now comes exams …i studied so damn hard during these exams… that let me
to have scored 84% in the finals and a total of 79% in 3 years and a degree that says “First Division with HONOURS”…. Studying at my AMU library

I first got MSIT , got the hostel, with a new girlfriend…..the one month there was the most memorable time i had in Delhi and i sometime wished i never changed my college…
As now i am in MAIT the best college in IPU… or i think so…

I have great friends there now…. and life is going great…

And ya not to forget my sis’s wedding, the other mega event of the year,….. 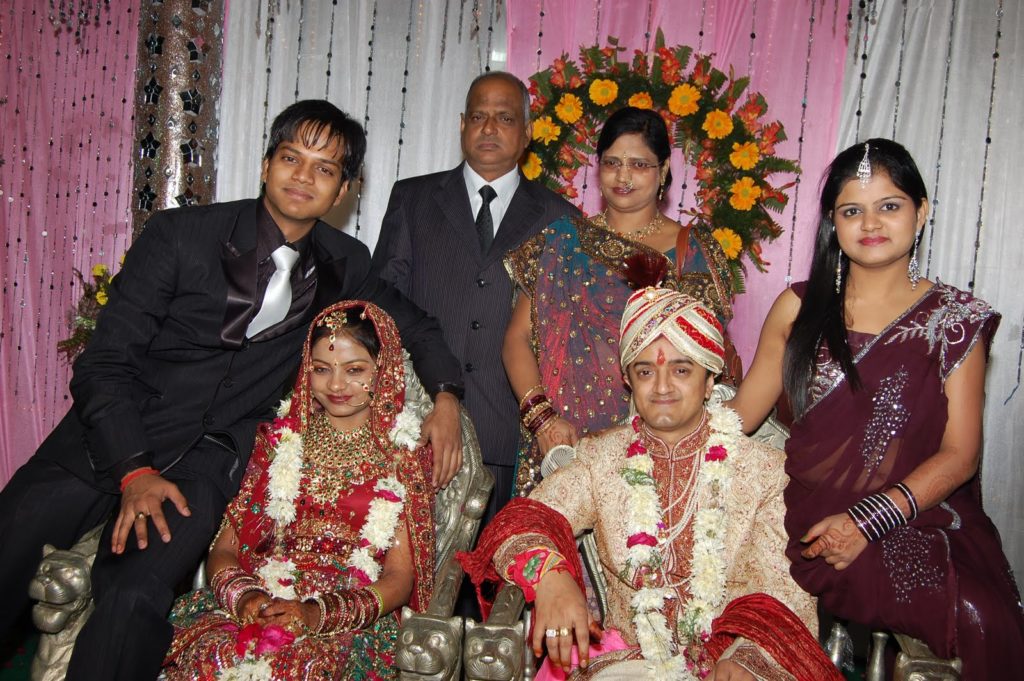 My family at my sis’s wedding

And the other things i can’t write much about… my changing girlfriends… late night roaming in city (i was there on delhi roads until 2am was great fun)…. had vodka the second day i reached delhi in my hostel…. and loads of stuff i can not write about ( #@!$%#……….)……. and ya the new hair-style…. 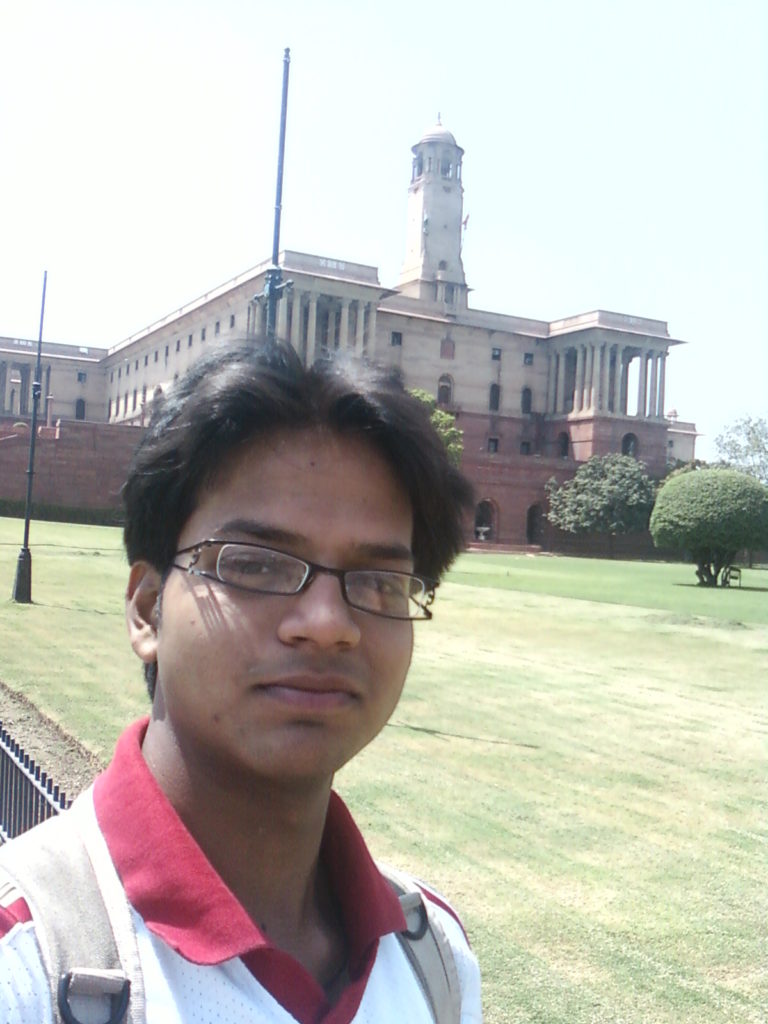 Me Outside the President’s house

In whole it was a grand year….so much happened in just a year time…………… 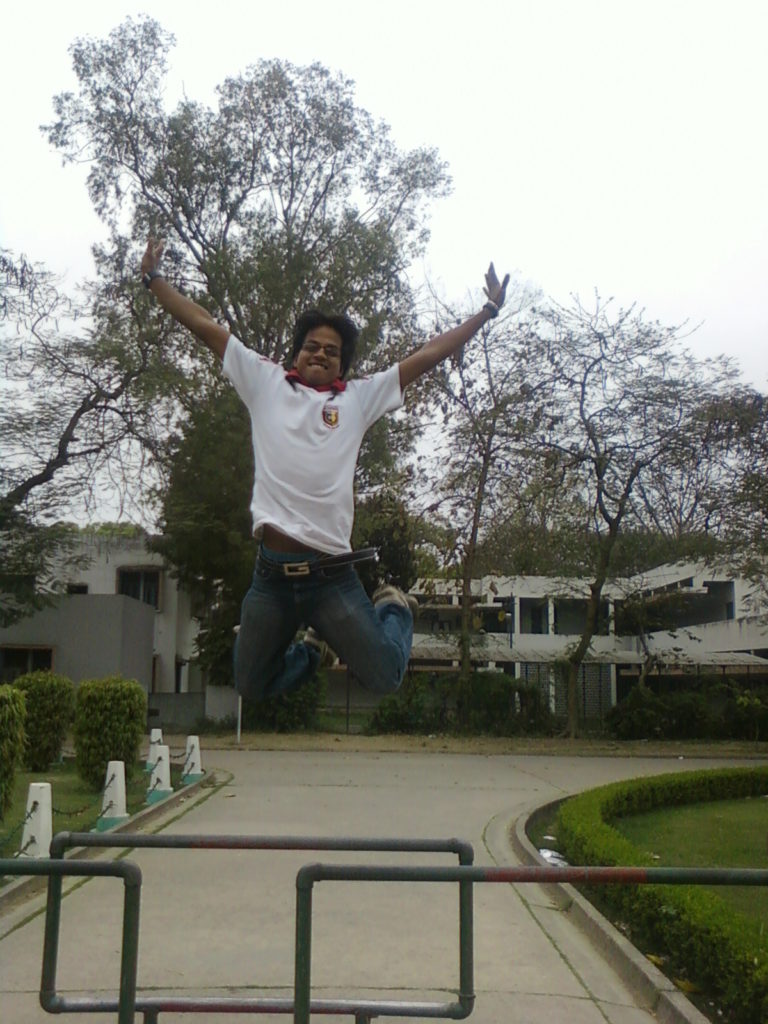 And ya i have a new nick name now Shankee