of its next version of antivirus program Norton Antivirus 2010. Be the first one to try the new antivirus and make your computer safe from virus, malware and other malicious software.

Symantec been one of the most trusted antivirus company rolling out software that is high on quality and has been proven to work almost every time. Norton AntiVirus is a simple virus and malware killer, while Norton Internet Security adds identity theft protection in the form of a browser plug-in that ensures you aren’t browsing phishing websites, plus a system that monitors your network for security breaches (including when you’re connected to public wireless hotspots). Put more simply, all the features of Norton AntiVirus appear in Norton Internet Security, so if you want broader protection, NIS may be the way to go. 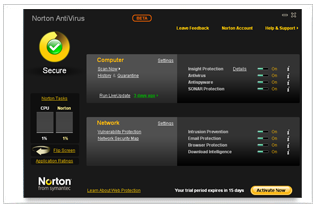 Norton software has always been accused of slowing down the computer and eating a lot of RAM. But now Norton has assured of using the least memory and also features an Insight tool that lets you check how much memory has Norton consumed or is consuming. 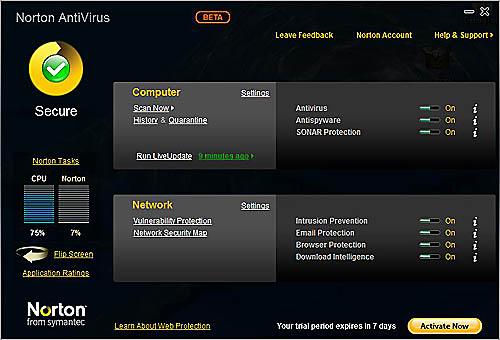 Downloa it from here