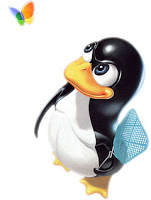 Microsoft previously released part of the Linux Integration Components under the GPL, so this isn’t technically the first-ever GPL’d code from the Softies.Microsoft made the Linux driver announcement on July 20, the opening day of the O’Reilly OSCON open-source conference.

Microsoft is touting today’s release of 20,000 lines of code — which it is putting under the GNU General Public License v2 (not GPL v3) licensing agreement — as part of Redmond’s commitment to improving the integration of Windows and Linux.With today’s announcement, Microsoft becomes one of many companies contributing code to the central Linux kernel committee.

Tom Hanrahan, the head of the OSTC, is quoted on Microsoft’s press site as explaining the purpose of the drivers this way:

“Our initial goal in developing the (Linux driver) code was to enable Linux to run as a virtual machine on top of Hyper-V, Microsoft’s hyper visor and implementation of virtualization. “The Linux device drivers we are releasing are designed so Linux can run in enlightened mode, giving it the same optimized synthetic devices as a Windows virtual machine running on top of Hyper-V. Without this driver code, Linux can run on top of Windows, but without the same high performance levels. We worked very closely with the Hyper-V team at Microsoft to make that happen.”

So the code is for making Linux and Microsoft servers integrate better. WE wish someday Microsoft will roll out Driver-independent Operating System, so that we users don’t have to get into hassle of installing drivers to make stuff work.