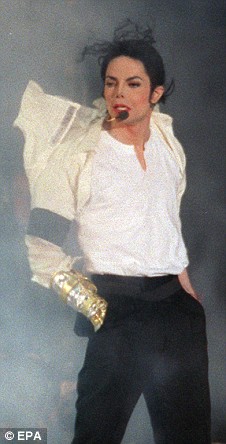 forever. The legend Michael Jackson has been idol for millions , the pop singer whose body has no bones and something that makes him unique in the universe. So we pay a tribute to the “king of pop” after he passed away on June 25,2009.

Michael Joseph Jackson (August 29, 1958 – June 25, 2009) was an American recording artist, entertainer, philanthropist and businessman. The seventh child of the Jackson family, he made his debut onto the professional music scene at the age of 11 as a member of The Jackson 5 in 1969, then began a solo career in 1971 while still a member of the group. Referred to as the “King of Pop”[2] in subsequent years, his 1982 album Thriller remains the world’s best-selling record of all time[3] and four of his other solo studio albums are among the world’s best-selling records: Off the Wall (1979), Bad (1987), Dangerous (1991) and HIStory (1995).

In the early 1980s, he became a dominant figure in popular music and the first African American entertainer to amass a strong crossover following on MTV. The popularity of his music videos airing on MTV, such as “Beat It”, “Billie Jean” and “Thriller”—widely credited with transforming the music video from a promotional tool into an art form—helped bring the relatively new channel to fame. Videos such as “Black or White” and “Scream” made Jackson an enduring staple on MTV in the 1990s. With stage performances and music videos, Jackson popularized a number of physically complicated dance techniques, such as the robot and the moonwalk. His distinctive musical sound and vocal style influenced many hip hop, pop and contemporary R&B artists.

Jackson donated and raised millions of dollars for beneficial causes through his foundations, charity singles, and support of 39 charities. Other aspects of his personal life, including his often changing appearances and eccentric behavior, generated significant controversy which damaged his public image. Though he was accused of child sexual abuse in 1993, the criminal investigation was closed due to lack of evidence and Jackson was not charged. The singer had experienced health concerns since the early 1990s and conflicting reports regarding the state of his finances since the late 1990s. Jackson married twice and fathered three children, all of which caused further controversy. In 2005, Jackson was tried and acquitted of further sexual abuse allegations and several other charges. 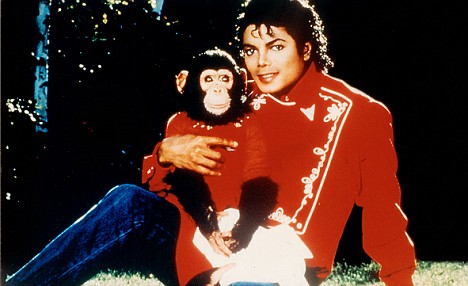 Latest- It is rumored that Michael’s Body will be plastinated by Gunther von Hagens of the controversial Body Worlds exhibition. From the Daily Mail: …

Von Hagens said that he spoke with representatives of the Jackson family ‘many months ago’ and it was agreed that his body will be plastinated and placed next to Bubbles, his late pet monkey who was plastinated a number of years ago and is exhibited at The Body Worlds & Mirror Of Time exhibition at the O2 Centre in London.

Von Hagens also confirmed it was one of Michael’s final requests to be reunited with Bubbles.

‘There is no better place than to do this at the venue where Jackson was due to perform his world record 50-date tour,’ said a spokesman for Von Hagens.

He added: ‘Von Hagens has hinted that a moonwalk pose would naturally be favoured. ‘It is hoped the exhibit will be unveiled towards the end of July.’

One of the few artists to have been inducted into the Rock and Roll Hall of Fame twice, his other achievements include multiple Guinness World Records—including one for “Most Successful Entertainer of All Time”—13 Grammy Awards, 13 number one singles in his solo career, and the sale of 750 million albums worldwide. Michael Jackson died on June 25, 2009, apparently after suffering a cardiac arrest. Jackson had intended to return to live performance. At the time of his death he was in the middle of preparations for This Is It, a series of fifty concerts that would have been held in London. 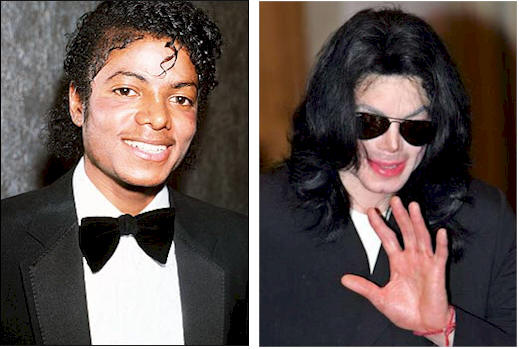 Was an American Pop Icon known as the king of pop. He was born into the Jackson family as the 7th child of Joseph Jackson. When Michael Jackson was very young, 11 years old, he and 4 of his siblings began a band with their father Joseph Jackson as the manager. The band was called “the Jackson 5” and the group attained much commercial success. It was not until 1971 that Michael Jackson left the Jackson 5 and began his solo career. He went on to become one of the most famous recording artists of all time and

His career really began to take off in the early 1980’s. and he was one of the first and most popular black artists to gain a prominent following on MTV. This was due in large part to the huge budget and extravagant budgets of his music videos for his songs. Songs with record holding videos include: Beat it – Billie Jean – and Thriller. Some of these videos are so influential that they are credited with changing music videos from a recording of the song into mini movie works of art. This led further to Michael Jackson’s popularization of amazing and complicated dance choreographing and musical numbers. This dancing featured prominently in his live shows. His record breaking live shows earned him enormous amounts of money.

Some of the dances moves popularized at these live shows include the robot and the moonwalk. Michael Jackson’s musical influence stretched across many musical genre’s including hip-hop, pop and R&B in part because of his eccentric and distinct style of vocals and music. 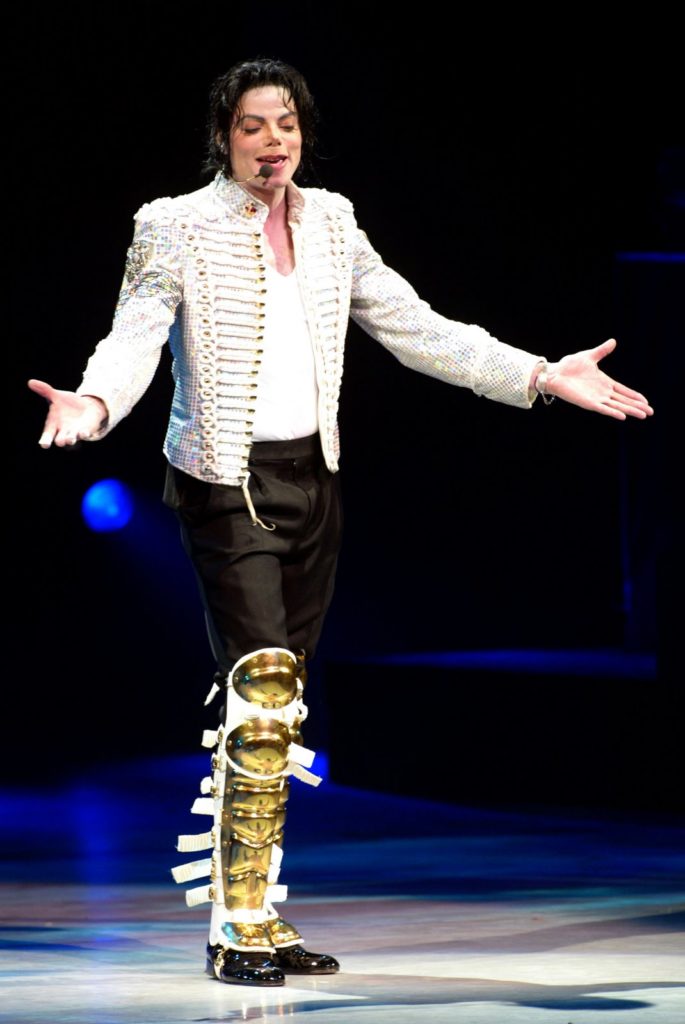 One thing that many do not know about Jackson is that he raised and donated MILLIONS of dollars to over 39 charities for a multitude of causes through his namesake foundation. This is often overlooked due to his appearance and increasingly bizarre and changing appearance. Not to mention a string of child molestation accusations..