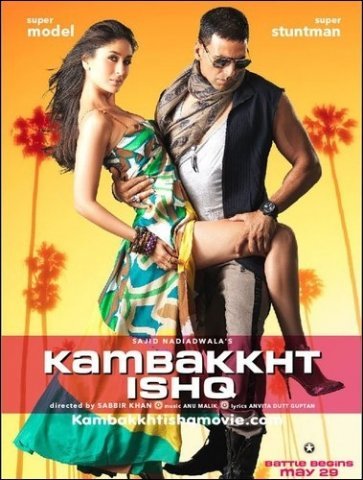 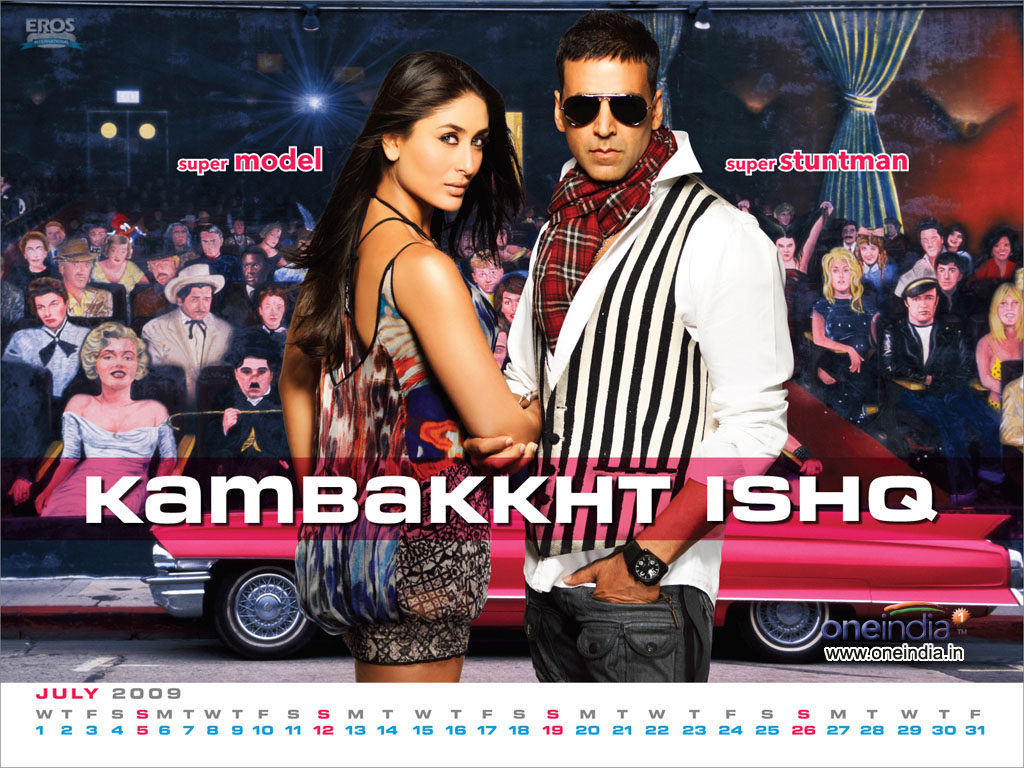 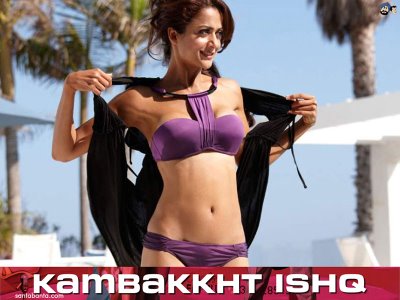 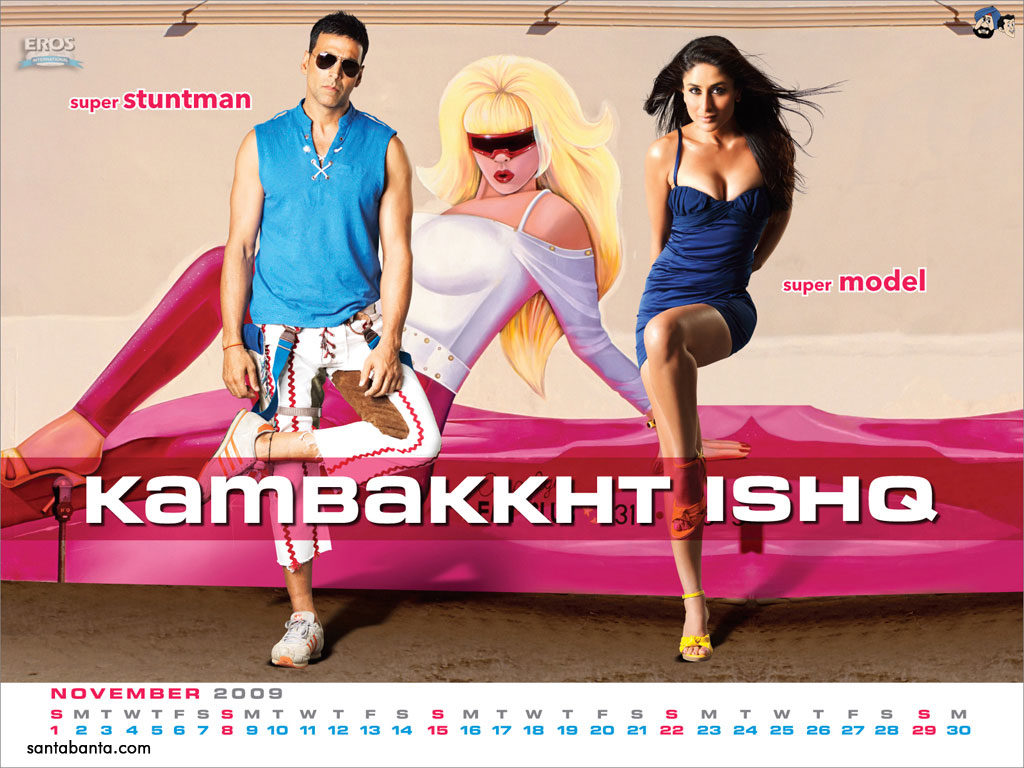 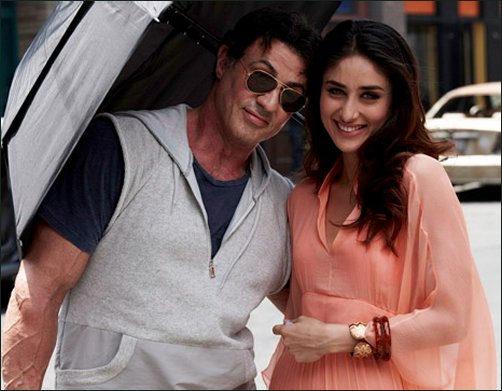 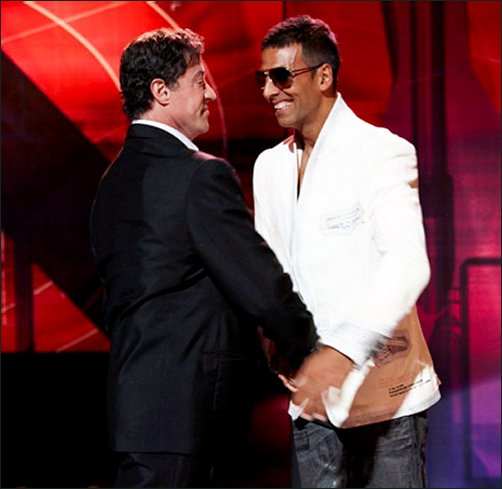 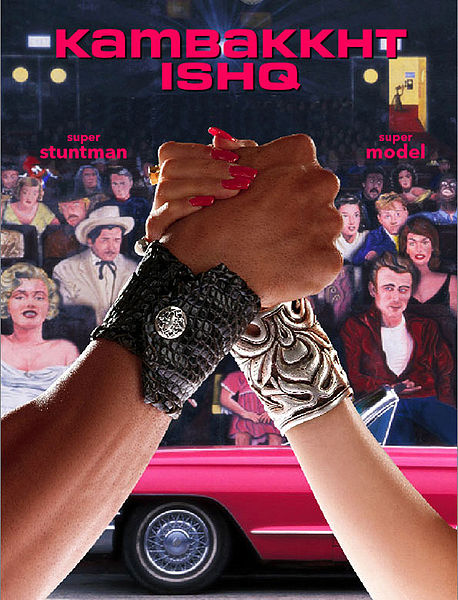 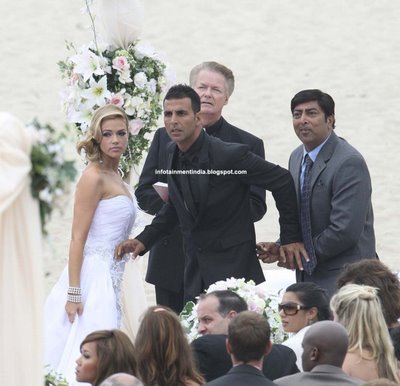 Kambakkht Ishq (Hindi: कमबख़्त इश्क़) is a forthcoming Indian Bollywood film directed by Sabbir Khan and produced by Sajid Nadiadwala. The film, a remake of the 2002 Tamil film Pammal K. Sambandam,will feature Akshay Kumar and Kareena Kapoor in pivotal roles along with actors Aftab Shivdasani and Amrita Arora in supporting roles. Hollywood actors Sylvester Stallone, Denise Richards and Brandon Routh will be appearing in cameos, reportedly playing themselves. Originally scheduled to release in December 2008, the film was postponed due to extensive production work and is now slated for a release on July 3, 2009.
If there is one hero the Kapoor girl Kareena likes more than her boyfriend Saif Ali Khan, it has to be Akshay Kumar. The two have been paired in at least two films earlier (Tashan and Bewafa) and Kareena has shown great inclination to cling to Akshay with great passion.

She almost came to kissing him in Bewafa, but with Kambakkht Ishq she has committed herself.

Kareena has a passionate kissing scene with the hero and going by what insiders have already seen, she surely loves kissing this hulk. Beware Saif, your girl friend is promiscuous.

See our tech blog at http://www.shankee.com