Google wave is the next big thing happening around. I was so confused

what actually Google wave is, so finally i decided to put it to test if it fits best on my expectations. Google said this about Google Wave “A wave is equal parts conversation and document, where people can communicate and work together with richly formatted text, photos, videos, maps, and more”. So here is a review from Shankee.com on what is on the minds of Google.

Google wave is a new tool for communication and sharing for web users. It has promised rich sharing of not just messages or file but a whole new world of communication while sharing and editing on each other’s wave. Its like you have a wave and put small content on it for others to see and share, and the wave gets on getting bigger and better as other users post new stuff and share with your wave. 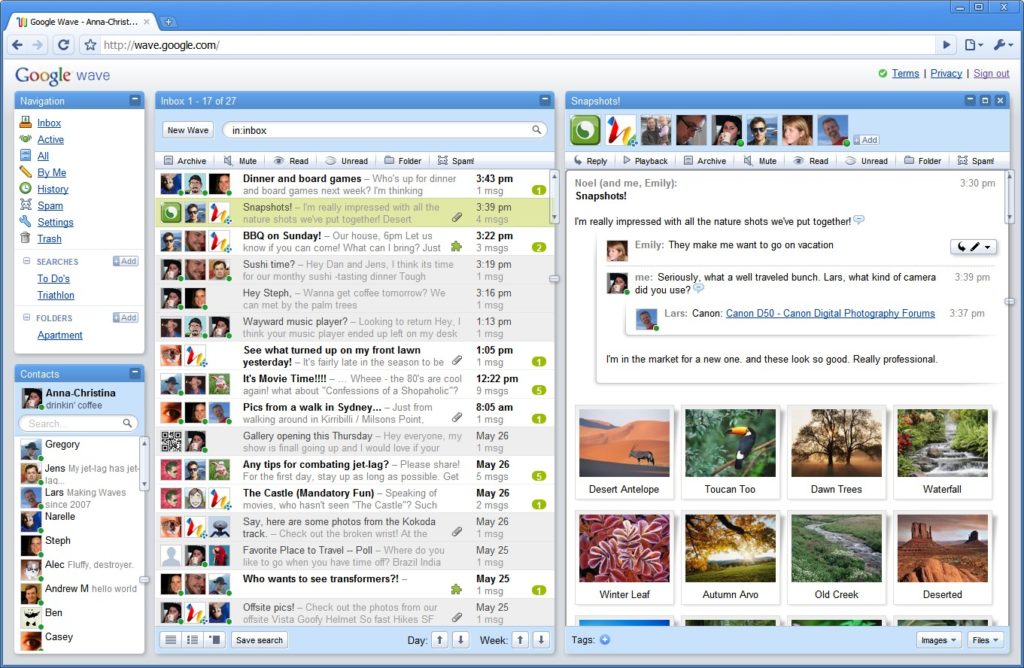 The best person to explain this is the founder itself . Here is a brief snippet from the official google blog of what the founder Lars Rasmussen has to say about the new revolutionary service- 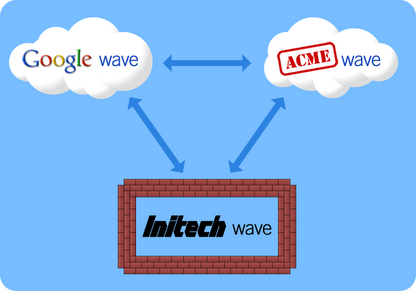 Back in early 2004, Google took an interest in a tiny mapping startup called Where 2 Tech, founded by my brother Jens and me. We were excited to join Google and help create what would become Google Maps. But we also started thinking about what might come next for us after maps. As always, Jens came up with the answer: communication. He pointed out that two of the most spectacular successes in digital communication, email and instant messaging, were originally designed in the ’60s to imitate analog formats — email mimicked snail mail, and IM mimicked phone calls. Since then, so many different forms of communication had been invented — blogs, wikis, collaborative documents, etc. — and computers and networks had dramatically improved. So Jens proposed a new communications model that presumed all these advances as a starting point; I was immediately sold,” explains Lars Rasmussen.

“In Google Wave you create a wave and add people to it. Everyone on your wave can use richly formatted text, photos, gadgets, and even feeds from other sources on the web. They can insert a reply or edit the wave directly. It’s concurrent rich-text editing, where you see on your screen nearly instantly what your fellow collaborators are typing in your wave. That means Google Wave is just as well suited for quick messages as for persistent content — it allows for both collaboration and communication. You can also use “playback” to rewind the wave to see how it evolved.”

Some features of Wave-

We have already requested for google to grant us access to wave sandbox, but they will take their time to approve us. We are really very confused about the wave and until we get to test it, we will never know what is it going to be. With all the details revealed so far i wonder if Google Wave becomes too complex for simple users to enjoy the joy communicating like never before.

If you’re interested in getting involved, here are a few things you should check out on www.waveprotocol.org: