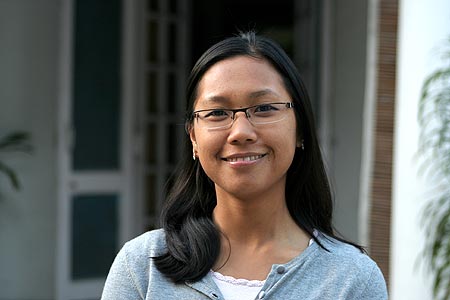 photographer and the youngest member of the cabinet of Ministers in India. She is certainly one that has achieved too much for that age and keeps making people amazed by achieving a new level of success each time. So Agatha Sangma is the personality of the week at shankee.com.

Agatha Sangma, the daughter of former Lok Sabha Speaker P A Sangma, is the youngest minister in the Manmohan Singh cabinet at the age of 28 years. Winning for a second time from Tura in Meghalaya, she belongs to the NCP.

While taking oath she went slow and groped twice , but the complete hall at Rashtrapati Bhavan exploded with clapping and smiles as the youngest minister Agatha Sangma took oath on 28th May, 2009 on Tuesday.

Agatha Sangma was wearing her traditional stole and skirt in light brown and white colors. Agatha Sangma was also been appreciated and was praises from all those congregate for taking oath in Hindi. Because Agatha Sangma has a non-Hindi background but she took oath in her national language and was appreciated by all the members.
Agatha Sangma is a lawyer by profession and came from Meghalaya, her father P.A Sangma was also present at the oath taking ceremony of her daughter. Many faces had a preventative look as Agatha Sangma grope more than once during her oath taking in the middle of the sentences. Whereas some of the ministers were just smiling like Sonia Gandhi, she was sleepy approvingly and then 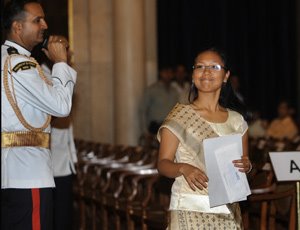 applause with everyone else when Agatha Sangma completed her oath.

Even though the Opposition alleges Agatha is just riding her father’s luck, But Agatha ignores these jibes saying, “At the end of the day, even if I get a ticket from a national party or anywhere, it’s the people who will elect me. I will not win with one vote or four votes from my family. I will win with the votes of the people of Garo Hills.”
And a lot of voters — despite the criticism from the Opposition — have put their faith in Agatha. 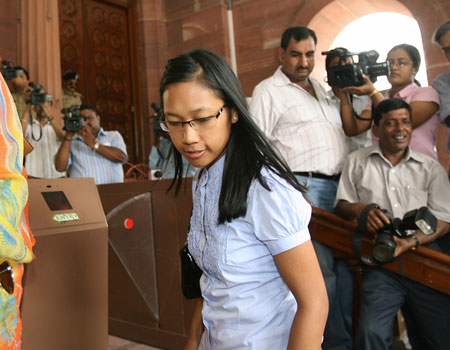 The full profile from a government site of Agatha- 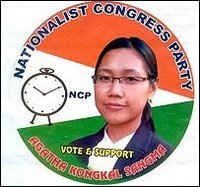