Before some doubted but after the elections it is clear that 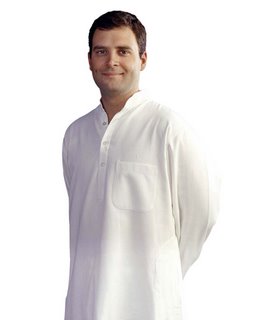 Rahul Gandhi is the new youth icon. He is an idol for many of us , an inspiration for even more. Rahul has been taken as the next step in the face of Indian politics as he marks the beginning of youth involvement in Indian politics. It is very clear after the elections that Indians afre fed up of BJP’s Hindu policy ond of over-aged illiterate politician. Congress came into power the second consecutive term with Prime Minister Manmohan Singh only next to Jawaharlal Nehru to be elected as the supremo more than once.

Myself being a part of the next-gen of voters wanted someone much more literate and who would come out of the blame-game and think of the development of the nation and with congress supporting young entrepreneurs such as Rahul Gandhi, Sachin Piltot and others was the ultimate choice. Indian public also see Rahul as the next PM and if he stands for that i am sure he will undoubtedly win but that would take a lot of time yet.I am partial to BJP, in fact my whole family has been so-called BJP minded but due to unfilled promises and useless issues by them led many other like us to switch sides.

So this post is further dedicated to highlighting what made Rahul Gandhi what he is today.